We are an international consulting firm, spin-off of the University of Padova, that aims to restore the balance between people and nature.

We support public and private organizations that want to make sustainable choices and adopt innovative nature-based solutions to improve the socio-economic and environmental performances of policies, projects and investments.

In all our services we guarantee quality and long-term sustainability through the three pillars that define our work: science, innovation and governance.

Innovative and competitive solutions for the responsible management of natural resources and their supply chains.

Regione Lombardia grants non-repayable capital funding to the managing bodies of protected areas and Natura 2000 sites and to public administrations for the realization of interventions of biodiversity conservation, adaptation to climate change and enhancement of ecosystem services of forests, protected areas and ecological networks in Lombardy, through the involvement of the private sector.

Do you want to become a climate positive company?

Discover the MARC approach, designed to accompany people and organisations along a path of environmental and social responsibility, a path that is not always easy and requires commitment and dedication.

Certify the sustainability of your destination

Thanks to us, you can get your tourist destination GSTC certified and optimise some of its core elements: governance, management and marketing.

Why investing in forests?

We provide advisory services to support investors throughout the investment process and management of the forest investment portfolio.

Find out how to enhance natural areas

Our territory has enormous environmental resources and is rich in natural areas that provide important ecosystem services to the population. The management of protected areas and natural resources is a complex subject. We therefore aim to tackle it with an interdisciplinary approach that is able to respond to institutional, technical and economic demands. An approach called GRAN. 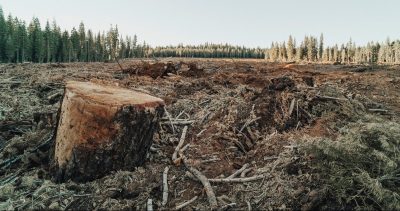 Regenerate your supply chain with EMMA

The main cause of deforestation in tropical countries is the expansion of agricultural areas. Find out how we help our partners to comply with the European Zero Deforestation Regulation (EUDR) which will oblige companies to make their supply chains safer and more traceable.

For months the political debate in Europe has revolved around the adoption of the new EU Zero Deforestation Regulation, which aims to curb the import of goods derived from deforestation. If approved, this regulation will cover soybeans, beef, palm oil, timber, cocoa and coffee and some derived products, such as leather and chocolate. For wood products, the new regulation will replace the existing EU Timber Regulation (EUTR).

Due diligence, traceability, sustainability and more. What challenges and opportunities will be contained in the new EU Zero Deforestation Regulation? For months now, the political debate in Europe has revolved around the draft EU regulation on Deforestation-free products. The regulation aims to guarantee access to the EU market for commodities and products that are legal and sustainable - i.e. whose production has not caused deforestation and forest degradation. This legislation, if approved, will cover soy, beef, palm oil, wood, cocoa and coffee and some derived products, such as leather and chocolate. Regarding wood products, the new regulation will eventually replace the existing EU Timber Regulation (EUTR) and introduce stricter requirements for importers on due diligence, traceability of raw materials and transparency of the supply chain. Ten years after its adoption, the EUTR has achieved some positive results, such as a decrease in illegal timber imports into the EU, increased awareness of market participants on the issue of illegal logging, and their increased commitment to controlling supply chains. However, achieving the objectives has often proved difficult and problematic due to a time and resource-consuming implementation process.   From this perspective, implementing the new regulation efficiently and rapidly across all member states might be challenging and has recently opened a reflection on some specific criticalities detected during the implementation of the EUTR. Among many, insufficient human and financial resources allocated to the EU Commission and the competent authorities, initial delays in the implementation of the regulation in some member states, a limited number of checks, and uneven sanctions across the Eu countries have been the main factors hindering a uniform interpretation and consistent application of the Regulation, at least in the first phase of implementation. For instance, under the EUTR, 12 member states, including Italy and Spain, have designated the competent authority and sanctions for any infringements more than a year after the entry into force the regulation (March 2013). In this respect, the new regulation seems to have made considerable progress, redefining the room for manoeuvre within individual Eu countries by requiring that competent authorities are provided with sufficient resources and introducing penalties that must be proportionate to the environmental damage caused and its value. The text also presents a clearer framework for the member states on how to carry out checks and controls, for example, by providing minimum levels for inspections. Innovative changes include the direct involvement of member states' customs agencies, who will detect and report any risks of infringement before goods enter the EU, up to the possibility to detain or sequester products at borders. In addition, a new digital system (the so-called 'register') will simplify data management (geographical coordinates and country of origin for each product), access to official information, and facilitate cooperation between customs authorities and other competent institutions. However, these changes represent real challenges for the different national institutions, with the risk of substantially increasing their workload. The increased political and economic weight of the new regulation will require, on the one

Luxottica and the restoration of the forests damaged by Vaia

In 2020 Luxottica decides to embark on a journey to reduce its emissions and improve its impacts, while restoring the forests around Agordo affected by the storm Vaia. With the goal of restoring an area of more than 30 hectares, this project is the largest forest restoration project funded by a private company in the areas affected by Vaia.

In line with its sustainability strategy for 2030, Fedrigoni is undertaking a new process to imporve its imapcts on biodiversity. With Etifor’s support, the company will conduct its first Biodiversity Impact Assessment to identify the impacts on the natural areas surrounding its paper mills. Based on that, Fedrigoni will implement actions capable of mitigating the negative ones.

We are looking for a person with a “green” heart who can create digital marketing campaigns and multimedia content.

Photo by Anastasia Nelen on Unsplash Who we are We are an environmental consulting firm: our mission is to restore the balance between humans and nature, and we do this through the use of science, innovation and good governance. We support public and private entities to improve the environmental, social and economic impacts of policies, projects and investments on the ground. As a spin-off of the University of Padua, we work locally and internationally bringing scientific innovation into everyone's lives. At Etifor we like teamwork, we work hard and we never stop being curious. Being part of the team means sharing our values and the path we have taken to be a discrimination-free work environment (find out more in the Ethical Management System). For us, the only thing that really matters is how green your heart is: we welcome and value (bio)diversity in all its forms! Who are we looking for? A new colleague to join the Marketing & Communication team who will be primarily responsible for managing paid digital marketing activities (e.g., social media adv, google adv, etc.) and creating multimedia content for the WOWnature® brand. WOWnature is the initiative that empowers citizens, organizations and businesses to grow new forests and protect existing ones, in full compliance with the strictest responsible forest management standards. We are looking for a postove and proactive person with: experience in creating digital marketing campaigns excellent knowledge of key social media passion for writing and creating multimedia content interest in the environment and "green" issues. Read the full announcement to find out the details and submit your application by July 10, 2022. About the job The selected candidate will work in the company's marketing and communications team and will be primarily responsible for the WOWnature initiative. Specifically, the new figure, following the marketing and communication strategy, will be responsible for the following activities: Designing and publishing paid advertising campaigns Monitoring and reporting on the campaigns carried out Setting up the editorial plan for WOWnature's social channels Creating multimedia content Coordinating the communication of plant events (possession of a driver's license and willingness to travel sporadically - including weekends - at certain times of the year is required). Qualification, experiences and skills required Educational background and experience No specific educational qualification is required but due consideration will be given to qualifications related to Marketing and Communications and/or achievement of digital marketing certifications (e.g., Google Ads, Google Analytics, etc.). Other degrees will be considered if supported by relevant experience. Etifor offers the opportunity to undertake various training paths so maximum willingness to keep up to date on topics related to one's role is required. Experience Candidates with at least 3 years of experience in the indicated activities will be evaluated. Skills Here are the skills we are looking for, if you think you have some or all of them, send us your application! Technical skills Excellent knowledge of major social media (e.g., Facebook, Linkedin, Instagram, TikTok) Familiarity

CO-FUNDERS OF OUR PROJECTS 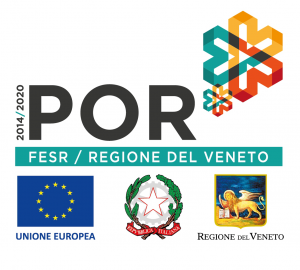 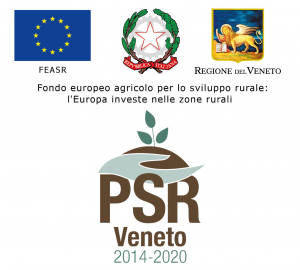 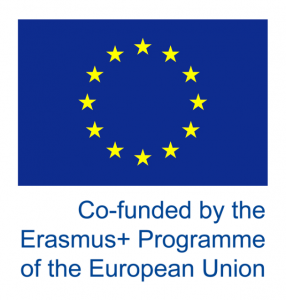 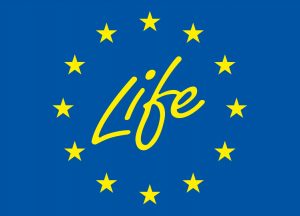