According to the United Nations Department of Economic and Social Affairs, 68% of the world’s population will live in urban areas by 2050. This rapid urbanisation brings numerous challenges, both for humans and the environment, which require the adoption of innovative solutions. Today, more and more experts are recognising urban forests as a highly effective solution.

Urban forests and natural areas offer many environmental, social and public health benefits. They are key allies in the fight against climate change, providing clean air, mitigating the urban heat island effect, reducing pollution and much more. They are also important for the citizens’ health, providing, for example, a space for physical activity and social interaction. In this sense, in addition to improving the urban environment, urban forests can also help reduce infrastructure and healthcare costs.

Although urban forests are recognised as effective solutions, the road to their realisation is often full of obstacles. Among others, these include a lack of funding and expertise, poor communication and low stakeholder involvement. With the aim to contribute to overcome these obstacles, the Uforest project, co-funded by the European Commission’s Erasmus+ programme, works to improve the provision of training and knowledge exchange in urban forestry. Among the project’s numerous outputs, the most recent is the Blueprint for Innovation in Urban Forestry. This report, in which Etifor also collaborated, presents the results of an analysis based on several European case studies with the aim of identifying innovative approaches to urban forestry. 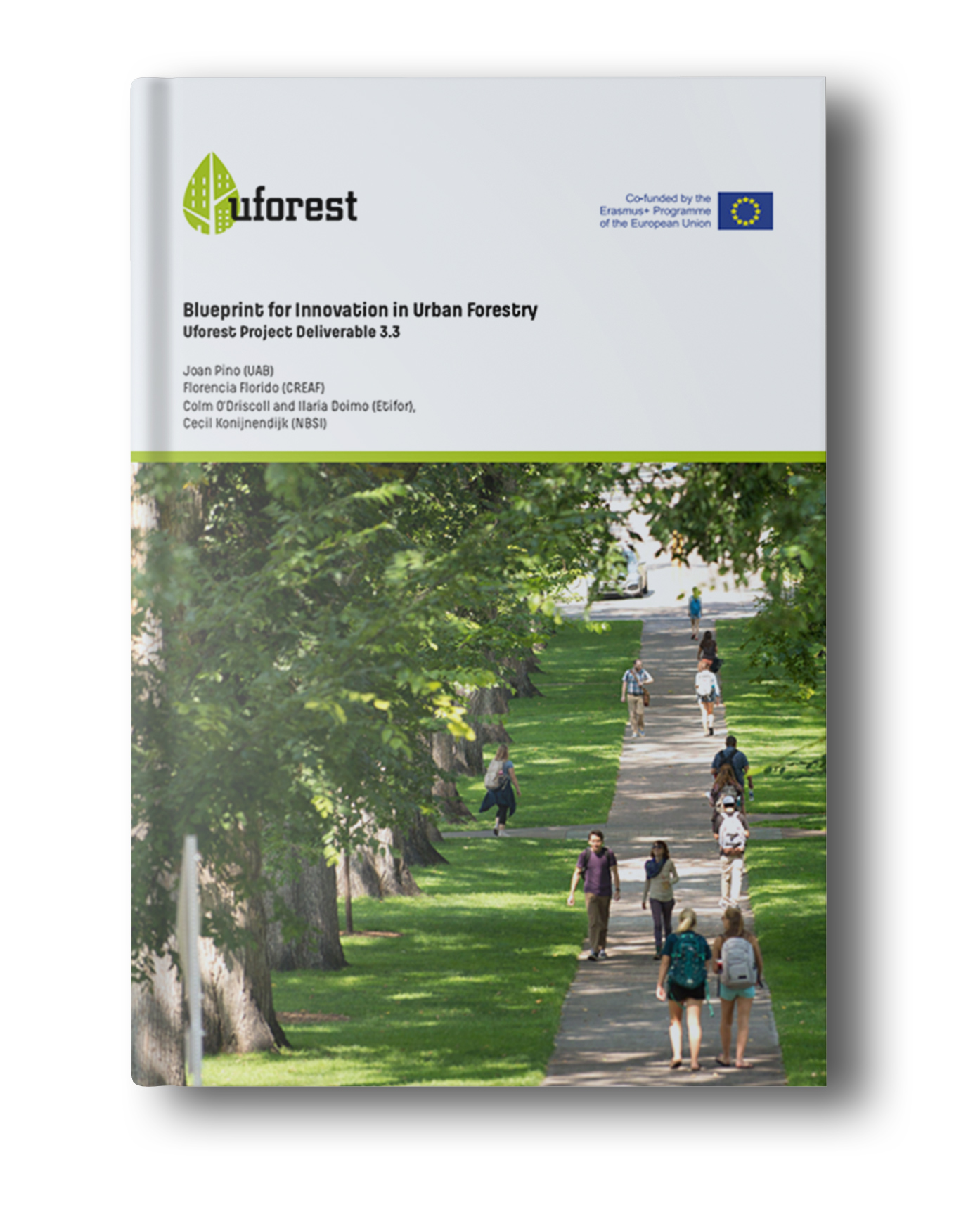