Wildfires in Europe are changing: why and what can we do?

Home|Responsible Management, Updates, What's going on|Wildfires in Europe are changing: why and what can we do?

Portugal, Spain, France and Italy among the most affected countries by fires

Wildfires have always played a role in some natural ecosystems and sometimes contribute to maintaining the ecological balance of forests. Indeed, certain ecosystems benefit from fires because, for example, they clean the forest of necromass, i.e. dead plants and trees, making soil nutrients more accessible and creating space for new plants. At the same time, the nutrients released from the burnt organic material return more quickly to the soil, making it more fertile. Some plants are even dependent on fire for their survival and reproduction. For example, there are pine species that need fire to allow the pine cones to open and release the seeds they contain; an ecological adaptation process called serotiny. In these cases, the fire is called a surface fire, as it does not affect the crown of the trees, but rather the undergrowth. Furthermore, it has a return time, i.e. the period between fires, that is long enough to allow the plants to fulfill their natural cycle, such as the serotiny. Finally, imitating nature, a number of prevention practices have been developed consisting precisely in small, circumscribed fires aimed at reducing the availability of surface fuel and its horizontal and vertical continuity. In particular, the amount of shrubs, bushes and other types of plants that burn more easily is reduced. The purpose of these practices is to prevent high-intensity fires and the possible passage of the flames to the crowns. This technique, called prescribed fire, is always carried out in a planned and controlled manner, after careful analysis of the factors that most influence fires, especially wind and humidity.

However, the fires that have hit Europe in recent weeks can be described as anything but beneficial and natural. In Portugal, some 50,000 hectares of forest – the equivalent of about 50,000 football pitches – have burned since mid-June. The Sierra de la Culebra, in Castilla y Leon, experienced the largest wildfire in Spain’s recent history, affecting an area of about 30,000 hectares. A situation that required the deployment of the army to help firefighters in their efforts to control the flames. In France, the fires mainly affected the Gironde region, a very touristy area, forcing the evacuation of about 16,000 people. In Italy, since the beginning of July, there has been an average of 3 fires per day throughout the territory, even in regions generally less affected by these events, such as Friuli-Venezia Giulia and Trentino Alto-Adige. One of the most extensive wildfires in Italy is the one in the Massarosa area in Tuscany, where about 900 hectares of forest were lost, causing the evacuation of some houses too.

Increased frequency and extension of fires, stronger intensity and simultaneity of events suggest that the ”normality” is evolving. Today, in fact, we are confronted with what are called “megafires”, i.e. events characterised by such high intensity, duration and size that they put the fire-fighting system in crisis, becoming uncontrollable. Another unusual factor is the simultaneity of these events, which is occurring not only in individual states, but also throughout the whole south-eastern European subcontinent. 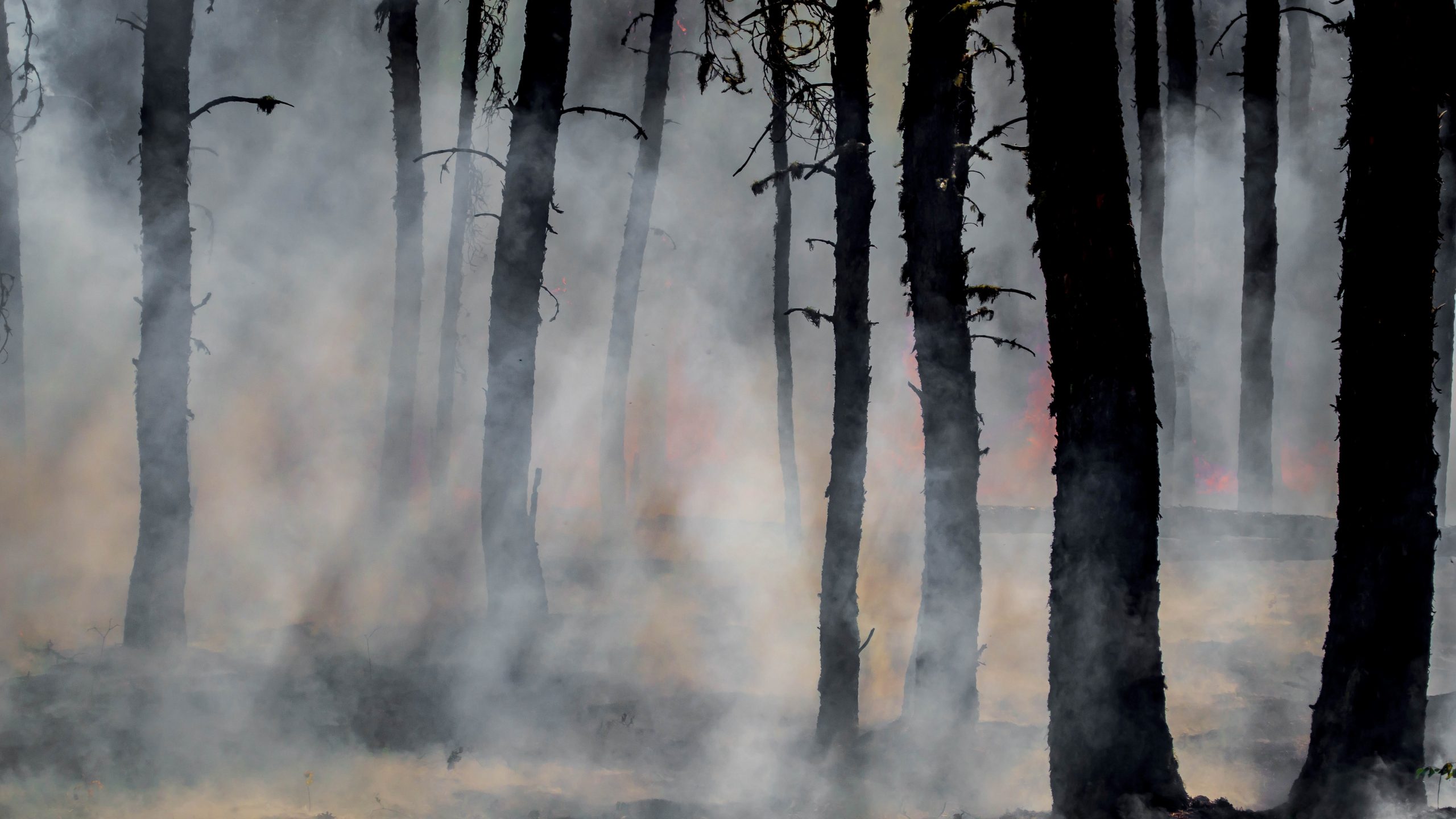 What is causing all these wildfires?

Although most of the fires are of arson origin, this summer there were particularly favourable conditions for the spread of fires, first and foremost the severe drought. While our country is facing the worst drought in 70 years, the rest of the continent is in no better shape. According to the European Commission’s report on drought, about half of the EU territory and the UK was at risk of drought in July, with serious consequences for crops and vegetation. This very dry situation lowers the moisture content of surface fuel, making it more easily ignitable. As it is very dry, only a small amount of energy is needed to start the combustion.

At the same time, certain socio-demographic phenomena have also influenced the intensity of forest fires, in particular the abandonment of rural areas and changes in agricultural practices and land use. The progressive abandonment of the countryside and thus of agricultural, pastoral and forest management practices, which has been taking place since the 1960s in almost all of Europe, has led to a consequent decrease in land management. Less management also means an uncontrolled growth of vegetation and forests, making more material available for burning and thus facilitating the spread of fires. In fact, one of the determining factors for the spread of a forest fire is the availability and continuity of surface forest combustible material, i.e. shrubs and plants growing uncontrolled. In short, lack of management increases the vulnerability of the land to fire. Another consequence of neglected rural land is the displacement of the urban-forest interface, i.e. the approach of the forest to urban centres, which puts homes at greater risk when wildfires occur.

What can we do against wildfires?

The match against wildfires is played on two fronts: on the one hand it is necessary to have an effective fire fighting system, with specialised technical personnel and appropriate means to reduce the damage caused by fires; on the other hand it is essential to prevent this type of events by planning a landscape that is more resistant and resilient to fire. The objective of preventive silviculture is precisely to reduce forest flammability in order to increase fire resistance, accelerate vegetation recovery and improve the safety of fire-fighting operations. Some preventive silviculture measures involve, for example, the creation of firebreaks and clearings to increase the structural discontinuity of the forest, reducing the presence of combustible material and thus limiting the spread of fires. Another preventive silviculture technique involves the heterogeneity of the forest: indeed, the lack of continuity between identical species can slow down the spread of flames. In this regard, Spain has invested in the development of crops and pastures as ‘firebreaks’ alternating with the forest, promoting both the recovery of the land and its resistance to fire.

In a broader sense, according to Coldiretti, one of the essential measures to defend forests is precisely the promotion of social and economic policies that combat the abandonment of rural areas and support efficient land management. Moreover, as highlighted by the European Forest Institute’s research on five case studies in the Mediterranean area, involving rural communities in prevention practices can lead to extremely positive results. These preventive measures require a lot of planning, but they are definitely the most effective tool to save our forests.

At Etifor, we strive every day to promote responsible forest management and rural development, which are key elements in increasing the resilience of the territory to increasingly extreme events. Through participatory planning techniques, we promote good governance of land and natural resources. We improve management with monitoring, evaluation and financing services for development processes. We also analyse risk factors that endanger forests and seek innovative ways to improve their management, including through the promotion of private financing.

Are you a forest manager? Contact us to find out more about our services.

Would you like to do your part? Discover the wownature.eu initiative